Prime minister Theresa May has promised the NHS a £20 billion birthday present; but is the five-year funding package as generous as it sounds, and what will the money be spent on? Now the think-tanks have had time to get into the detail, Lyn Whitfield assesses reaction.

Last weekend, Prime Minister Theresa May took to the Sunday politics programmes to announce “an extra £20 billion a year” for the NHS, part-funded by a “Brexit dividend.”

At first sight, this looked like a clever piece of politics, as the NHS prepares to celebrate its 70th anniversary on 5July, and the Brexit debate hots up in the House of Commons. However, fiscal experts were soon tweeting that neither half of the headline stands up to close scrutiny.

There are various caveats around the money that mean the NHS is unlikely to see anything like £20 billion a year any time soon: and the Institute for Fiscal Studies has led the charge against the idea of Brexit paying for what is made available.

As Paul Johnson, director of the Institute for Fiscal Studies, noted, the government has accepted the Office for Budget Responsibility’s assessment of the economic impact of Brexit, and it reckons that UK GDP will be 2% less than it would have been without it.

That will cut tax take; “weakening” public finances by around £15 billion a year. At the same time, Johnson tweeted: “The financial settlement with the EU, plus commitments to replace our EU funding [for example for farm subsidies] already uses up all of our EU contributions in 2022.”

In a more formal analysis on its website, the think-tank concluded that any boost for the NHS will have to come from further cuts to other public services, or from tax increases. Increasingly, the mood music is that the money will come from tax and will be announced in the autumn budget.

What does the £20 billion cover?

For the NHS, though, and for its partners and vendors, the more important question is what the announcement will mean for future spending; is the health service receiving a generous ‘birthday present’; adequate investment; or just enough extra to prevent a collapse?

And, by extension, what will it be spent on? Ahead of the announcement, Nigel Edwards, the chief executive of the Nuffield Trust, tweeted out some “old tricks” that governments pull when they want to make funding announcements more generous than they really are.

These included: announcing money for “the NHS” when it’s only for England, or only for part of what the NHS does; shifting the baseline year against which any increase will be judged; presenting the cash in future rather than current prices; and counting-in money already committed.

After the announcement, the trust was quick to conclude that May had used some of these devices, so “this increase is not quite all that it seems.” For a start, the NHS won’t get an extra £20 billion a year until the last year of the current spending settlement, which is 2022-23.

A significant chunk of the money will not go in until the last year; and all the figures have been calculated in future prices, using an estimate for general inflation, which tends to be lower than medical inflation.

Also, the money only applies to the NHS England budget, and not to the wider Department of Health budget, which means that public health, medical research, training and capital spending are not covered.

The IFS, again, calculated that while the announcement implied “an average annual real increase of 3.4% for frontline services in England” over five years, “overall increases in health spending would be more like 3% a year” if these areas were included.

That calculation assumes that spending on public health and the like will be frozen, when the 2015 spending settlement assumed it would be cut; which has certainly happened in public health. If it continues to fall, that percentage would fall with it.

Will it be enough?

However it is calculated, May’s funding announcement is less than most experts think the NHS needs. In the run-up to last week’s NHS Confederation annual conference, the confederation, Health Foundation, and IFS put together a paper looking at the demand pressures on health and social care and the money that would be needed to meet them.

This concluded that UK health spending would have to rise by 3.3% a year over the next 15 years “just to maintain NHS provision at current levels” and by 4% a year “if services are to be improved.” Crucially, it added, “social care funding will need to increase by 3.9% a year”, both to cover care for older people and the increasing number of younger adults living with disabilities.

Anita Charlesworth, director of research and economics at the Health Foundation, told a Confed18 press conference that: “The ageing population, and the increase in multi-morbidity, means the idea that we can see the NHS as separate from social care is completely untenable” and any funding increase should  cover both areas and encourage integration between them.

May’s announcement made no mention of social care. This is meant to be the subject of a green paper by health and social care secretary Jeremy Hunt. But, in an announcement that attracted considerably less notice than the NHS funding pledge, the government quietly announced on Tuesday that this had been delayed.

In the Guardian, long-term observer David Brindle said this news “capped a particularly miserable 48 hours for social care, which had been obliged to stand awkwardly by, empty handed, while ministers proudly unwrapped the English NHS’ 70th birthday present.”

While the future of social care remains undecided, May did make it clear that a five-year settlement for the NHS will be supported by a new, long-term plan for spending the money.

At Confed18, Simon Stevens, the chief executive of NHS England, said this would be drawn up in an “open and inclusive” way and that an NHS Assembly would be set up to bring in local government, charities and other stakeholders.

“There will be two stages,” he added. “We will develop a long-term plan, over the summer to mid-autumn, and then we will be acting as a guide for implementation in the longer-term.” In saying this, though, Stevens indicated that the direction of policy is set.

“The Five Year Forward View remains. Just to be clear, that is the only game in town,” he told his audience. The Forward View was the 2014 plan drawn up by NHS England in consultation with a wide range of health organisations to try and close the gap between NHS funding and demand.

It relies on a combination of efficiency, new models joint or integrated working between health and social care, and new, population-based models of funding to pay for that care.

In another, potentially significant, recent development, May indicated that the government may be prepared to legislate for this, by doing away with some of the competition-based reforms introduced in 2012 by former health secretary Andrew Lansley.

Will tech be a target for funding?

In a Q&A after his speech at Confed18, Hunt said he thought the Forward View process was a “good model” for the new plan, which he also said would set “simple and ambitious” targets around cancer, maternity care, and tackling inequalities.

“I think there is a role for politicians setting big ambitions,” he said. “The last government was ambitious to get waiting lists down and it succeeded. This government needs to hold big, simple ambitions that everybody can get behind.”

Ministers and policy makers have indicated that some of the new money could be invested in new technology. Earlier this year, NHS England’s director of operations and information, Matthew Swindells, said the ten-year plan would not come with an IT strategy, but would be “digitally enabled at its heart.”

In his speech to Confed18, Hunt took a sideswipe at hospital systems, saying he would like to see some money spent on “better IT systems” because those in place were “often pretty lousy.” And health tech websites have suggested the government is interested in newer, more eye-catching technologies, like AI to support cancer diagnosis.

End of the NHS funding crisis?

Nobody should get carried away, however. As Swindells warned before the announcement, “it won’t all be more beer and bigger glasses to drink it from.”

As Chris Ham, chief executive of the King’s Fund put it afterwards, the NHS has had “a welcome shot in the arm that will get it back on its feet” but the money “has not provided the long-term cure that would restore it to full health.”

Chris Hopson, the chief executive of NHS Providers, which has taken the lead in warning that a lack of funding has pushed the health service to the brink, noted that “after a decade of austerity, the NHS has a lot of catching up to do.”

Which is a final caveat on how far the money will go. NHS trusts are now pushing a £1 billion “bow-wave of debt”. Waiting lists are at record levels. Capital funding has been held down for a long-time, and trusts have a £1 billion back-log of critical maintenance. A lot of new money could go on sorting out these problems; rather than on improvement or reform.

In another twitter thread, Nigel Edwards from the Nuffield Trust pointed out that this is one reason that previous promises of investment for reform have ended up being more about money than reform. Other reasons include unreasonable assumptions about how fast change will happen and how much efficiency it will release.

Also, what he called “techno-optimism”. “Technology is going to make a big difference to healthcare,” he tweeted, “but policy makers must be careful about magical thinking, timing, and the exact nature of the impact.” 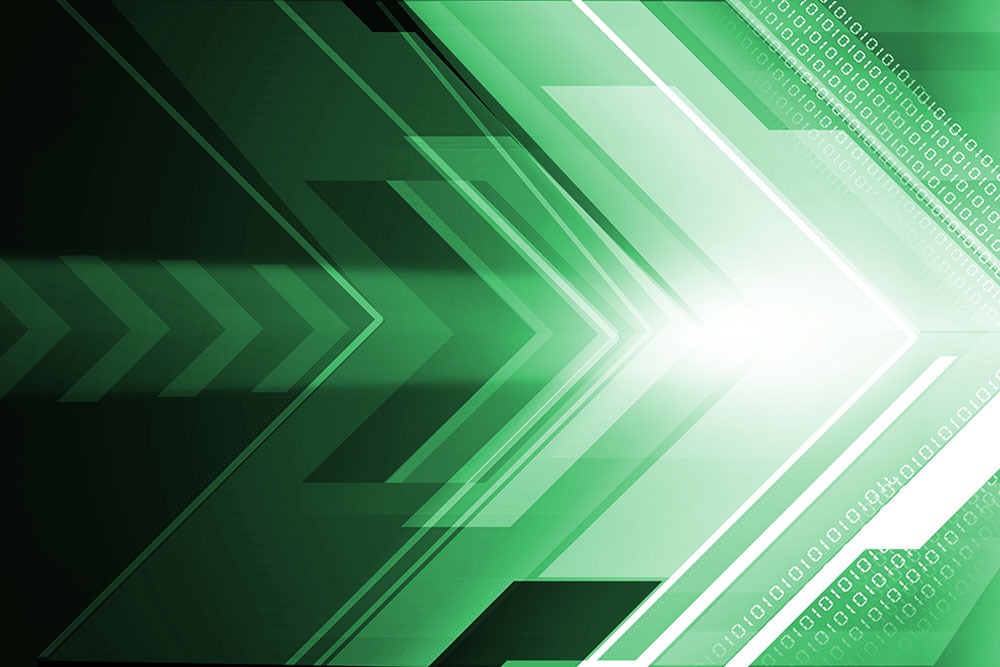 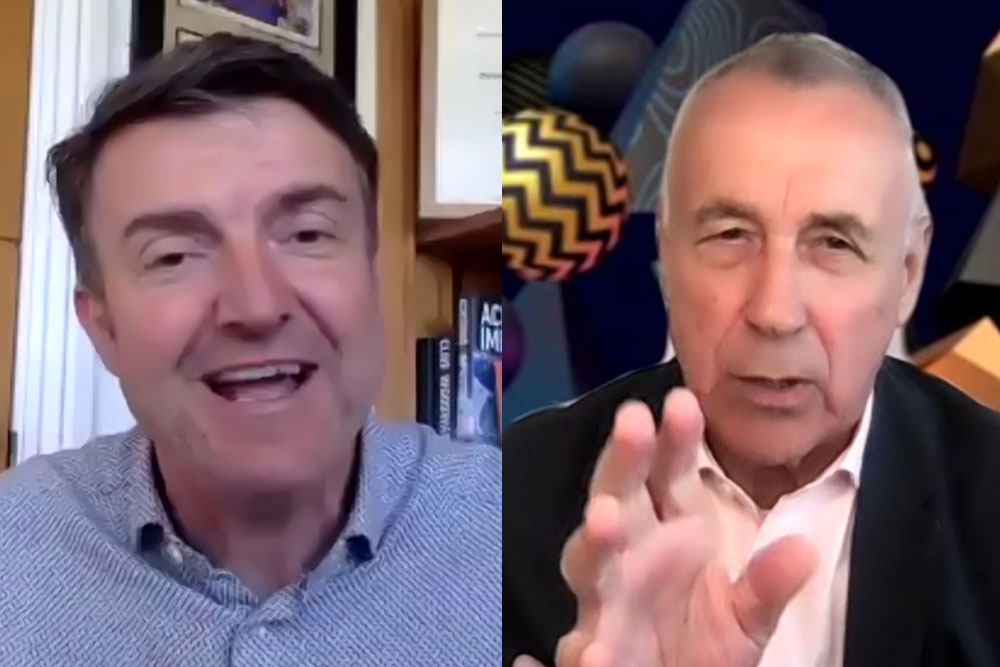 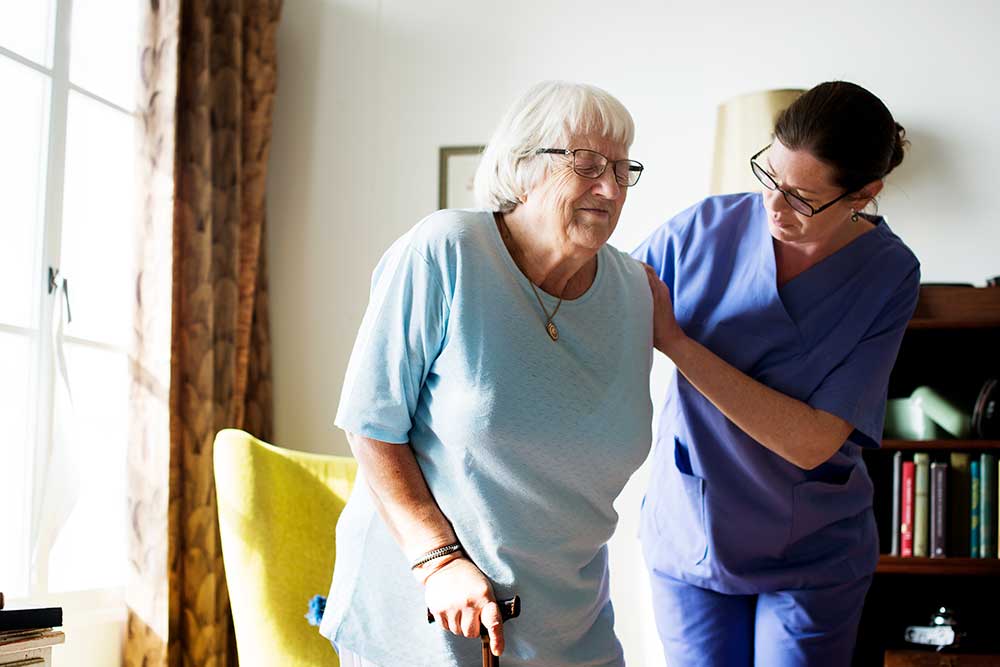 Advisory board discussion: what next for social care?